We visited our first pumpkin patch of the season today! It has become a family tradition since we moved here to go to Hill Ridge Farms in Youngsville, and this year was the best so far. Oakland was old enough to run and play this year, which made everything so much more fun. It’s always such a joy to see a familiar place rediscovered for the first time through a child’s eyes. We started off the day playing on the different playgrounds, jumping in the bounce house, and feeding the fish and ducks in the pond. 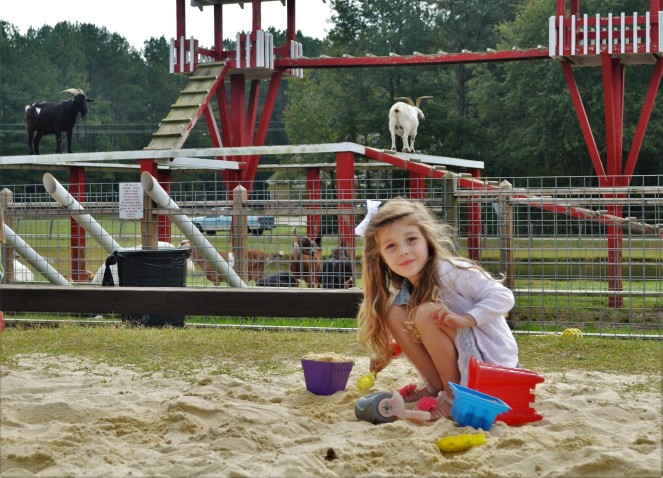 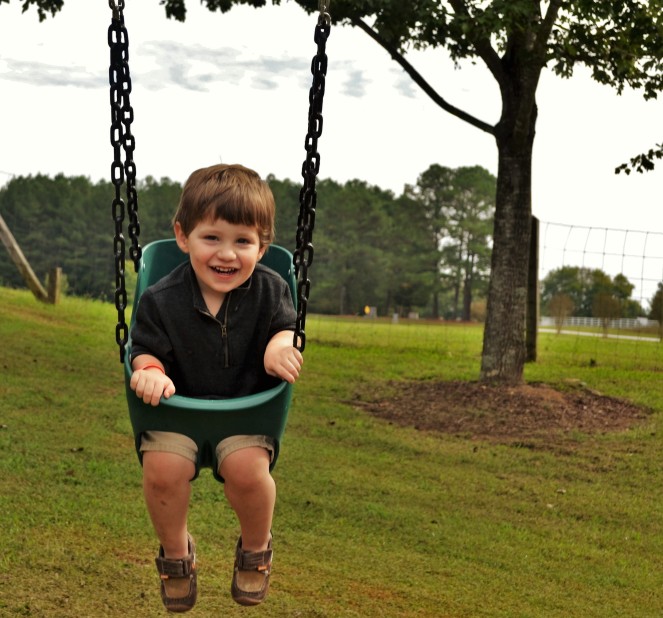 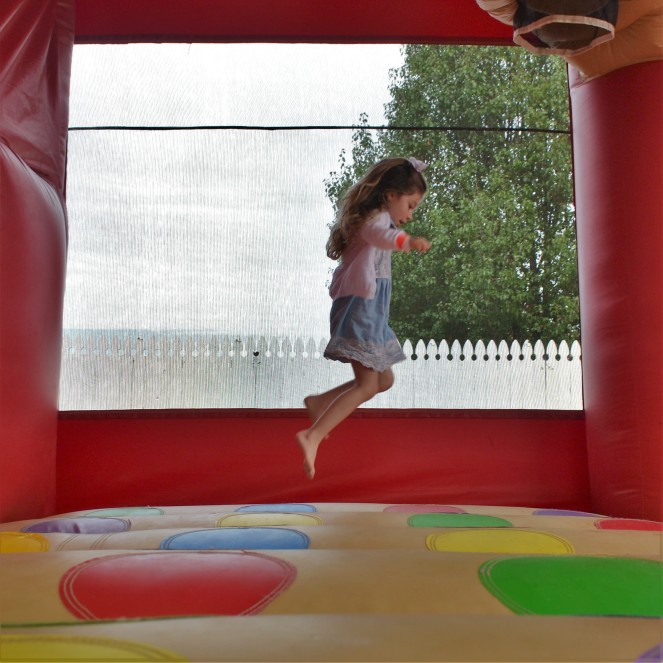 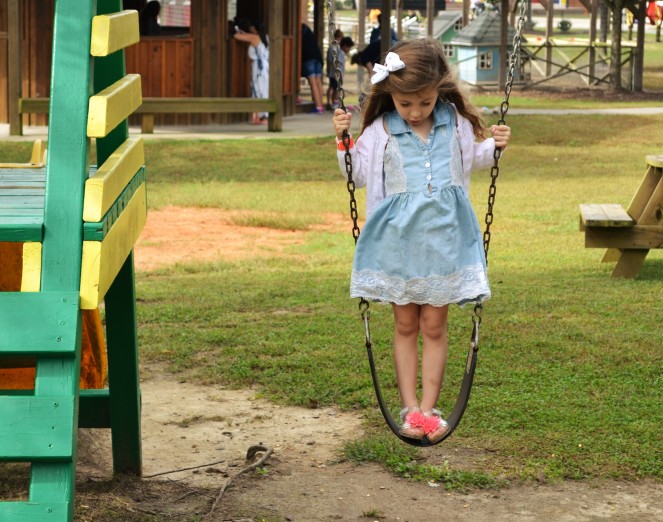 After we played our hearts out on the playground, we headed over to Olivia’s favorite part of the park- The Corn Pit!! 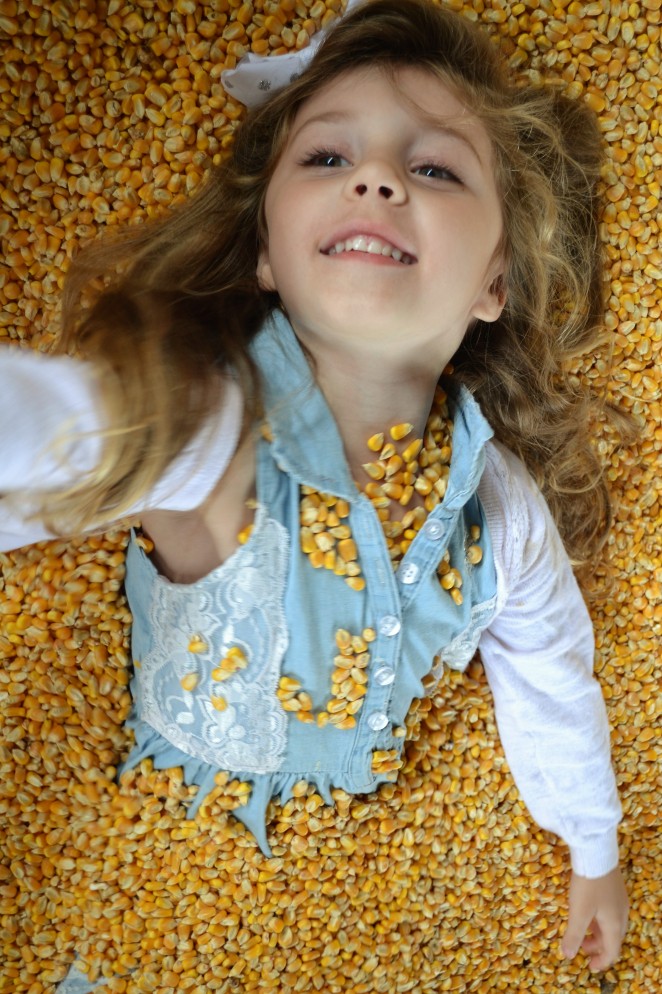 Seriously, She is the prettiest little corn queen! 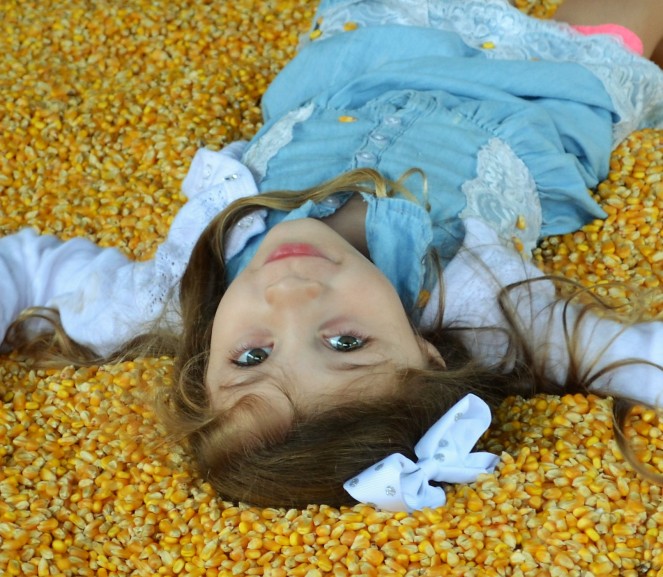 Next, we dug our way out of the pit, and I spent 15 minutes digging corn out of the kids clothes, before we headed over to what I think turned out to be Oakland’s favorite part of the day- The “Choo Choo!” At first I couldn’t really tell if he was scared or excited, but I think he felt he felt a little of everything while on the ride. 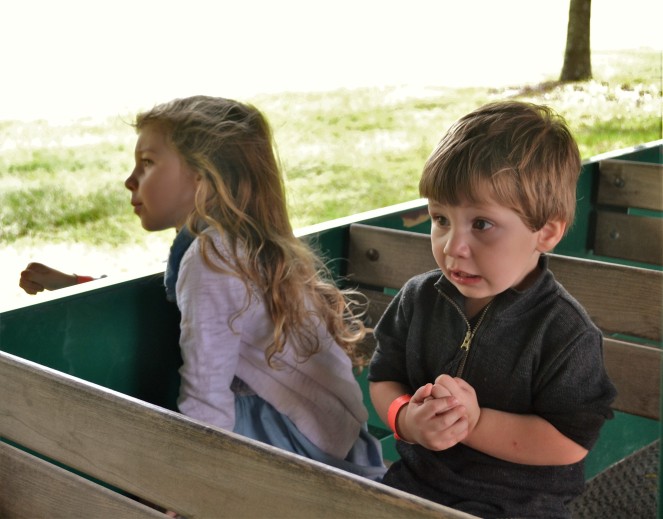 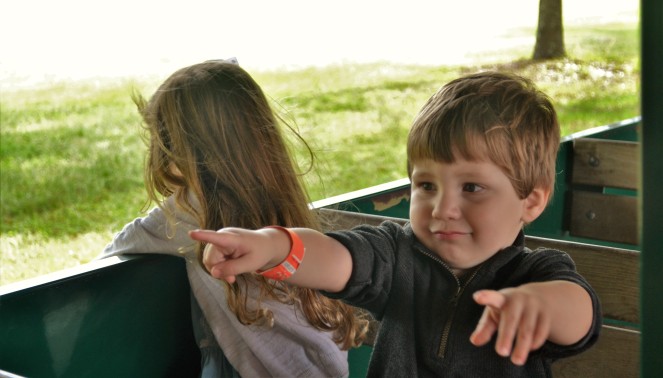 By the end of it all though, I think he had a good time, and the conductor even took him up to the engine and let him pull the horn!

Once the train ride was over, we jumped around in the hay for awhile, and Olivia found two dollars, which I’m positive was one of the major highlights of the entire day for her. 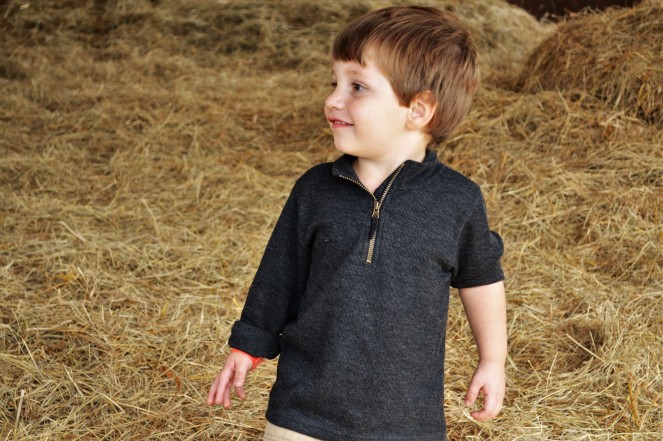 Finally, it was time to get on the hayride and head to the pumpkin patch.Up until this point, it had been overcast the entire day, but when we got to the patch, the sun came out! The kids roamed around until they found their perfect pumpkin. 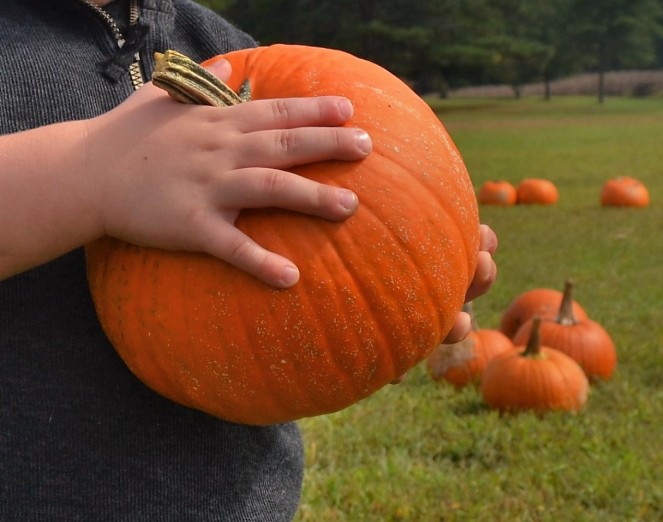 We were so fortunate to have had such good weather this trip, especially since last year was so incredibly hot. It didn’t get above 73 degrees the entire time we were there! The kids had a great day and I loved enjoying another family memory!

Hey y’all! I’m Jill. I’m a wife & mama learning self sufficiency with my family in North Carolina on a 10 acre farm where we are growing our own food, keeping our animals & raising our babies! I enjoy homesteading, homemaking & homeschooling our kids!